Sometimes ideas can become contagious. They spread like the flu. There is a word to describe this phenomenon, it’s called a meme.

The word meme was launched in 1976 by British evolutionary biologist Richard Dawkins in his book ‘The Selfish Gene’. The word defies the way culture spreads, mostly through our innate talent to imitate. The official meaning of the word meme is a cultural unit. This can be anything from ideas, values, faith, symbols, behaviours, or something insignificant as a word, a fashionable color, a catchy tunes or a silly dance. The thing all memes have in common is the fact that they are created by humans and passed on through a crowd.

Meme the cultural counterpart of genes

This makes memes the cultural counterpart of genes. Just like biological material is passed on through reproduction, making connections and mutations along the way (yes: think Darwin), memes are able to copy and mutate themselves.

A lot of our habits can be seen in this light. Take the soldiers salute, for instance. A familiar arm gesture, but seemingly strange if you compare it to a handshake. The origins lie in an ancient tradition, where medieval knights would raise their visor to look the enemy in the eye, moments before participating in tournaments. 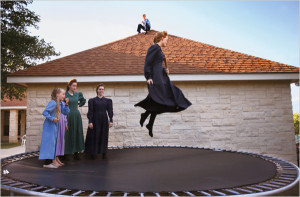 There are a lot of interesting questions to ponder, considering the power of memes. Take fashion and the way fads work their way from the runway to the high street and eventually our wardrobes. But then consider skirt length. Over the last decades the length of women’s skirts got shorter and shorter, but yet in some circles it persisted half way up the calf.

The word meme is often used in referring to successful viral campaigns. The way people watch and share this content seems contagious indeed. But it’s not something people imitate. Memes in all their glory are fads people participate in; laying the bricks of this ongoing construction we call popular culture. And here is a hint if you want to launch your own meme. People have an innate talent to imitate as well as a talent to compete. So make you idea easy to copy, but a challenge to improve. 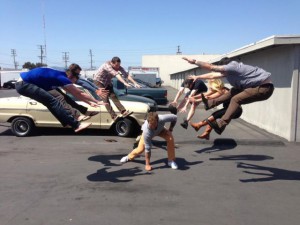 We’ve seen some strange behaviour going around as of late. Take plancking, owling, the Harlem Shake, Duck face selfies, and Hadokening, a trend where you recreate some invisible magic power, that literarily blows away anyone standing nearby. It makes for a creative photo opportunity.

Wanna know more?
Watch a professor of memetics and a philosopher at TED
Visit this awesome site Know your meme
Read this book: The Selfish Gene

Submit a CommentPlease be polite. We appreciate that. Cancel Reply